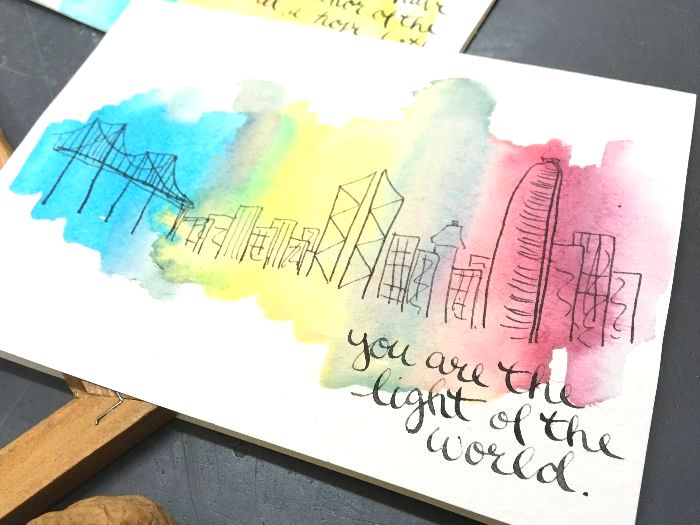 in Advocacy, Anti-trafficking, Travel
by Gloria So
0
0 Comments

I have many new years to celebrate. From the start of a new school year every August to January 1 to Chinese New Year in February, the year is full of anticipated new starts. There always seems to be new possibilities on the horizon, a new decade of the new and awesome.

On January 1 2020, I unexpectedly started the new year doing some sightseeing in Cape Coast, Ghana. I found myself touring these beautiful castles along the coast that had been built by various monarchs and European empires along crystal blue waters and palm trees dotted along the shoreline. As we explored the grounds of the castle, I learned more and more about the history of these castles. Behind the beautiful colonial architecture, where there were spacious European living quarters and airy windows that beckoned the sun in, there were multiple underground dungeons.

Over the centuries, these dungeons were used to house thousands of slaves, people who were commodities in a bustling trade route and global business ventures. This would be the last destination before they walked out the “door of no return” and trafficked into a new enslaved life overseas. These castles came to be known as slave castles, where many European nations and local Africans profited from the enslavement of men, women and children.

As I walked into the main courtyard in one of the slave castles, there was a small church that was built right in the middle of the castle. It took a minute for the gravity of the situation and for my harsh judgement to come. In the middle. of this slave castle… was a church?! At first I thought how can this be? How can people worship and say they love God, while literally below their feet were slaves about to be sold? Slaves languishing in chains, ripped from their families and homes. Stripped of their freedom and living in horrid conditions.

As I reflected on the past, unsettling thoughts came to mind. Afterall, history does tend to repeat. I thought to myself, am I just the same? Do I find myself thinking I am a good person, praising my Jesus, when others are still in chains in my city?

In my city of Hong Kong, there is an estimated 10 000 people living in modern slavery. Hong Kong was rated for the third consecutive year on the Tier 2 Watch List (the second lowest designation possible) in the US State Department’s latest Trafficking in Persons report. This identifies Hong Kong as a place where “trafficking is very significant or is significantly increasing” with minimal evidence of increasing efforts by the government to combat trafficking. There are more people enslaved in our world today than during the transatlantic slave trade of the 17th century. Reading those statistics just feels overwhelming. It’s left me with that tension between knowing the past (how did everyday people just let this slave trade happen?) to living in the present (how am I just living my everyday when people in my city are enslaved?)
While there are charities such as STOP and Mekong Club that focuses on addressing this social injustice, I started to think about what one individual can do to stop trafficking? Our economic systems from clothing to food is built on modern slavery. What can one person do to fight against a whole unjust system?  So at the start of 2020, with you walking with Barefoot Love, I’m hoping to go on a journey of discovery, of learning more about how individual actions or more education or just caring a little bit more this year can make a difference in Hong Kong, especially against human trafficking. I am so excited for this new year, of the charities that we will encounter and support, as well as this awakening in you and me in how creativity and personal small changes can make a big impact in our local community’s fight against modern slavery.

Make a Difference
Subscribe To Our Newsletter
Stay up to date on our next workshops and
read stories from the people we've helped
No Thanks!